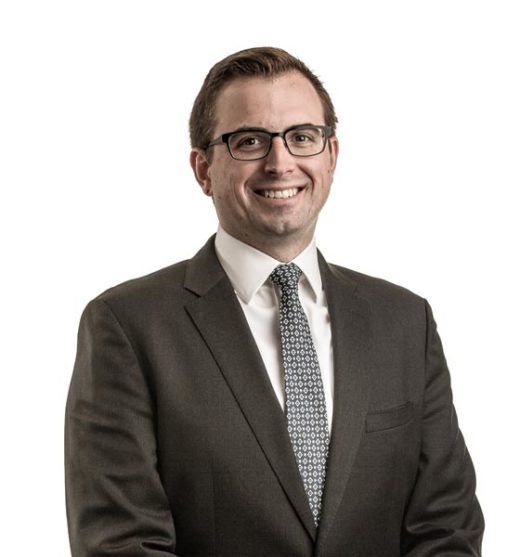 John Eagan is an associate in the Employment and Litigation Practice Groups. John has spent years working closely with employers of all shapes and sizes to implement policies and procedures that address issues in the workplace. John has worked with companies in a wide variety of industries, including marketing, logistics, food distribution, restaurants, manufacturing, interior design, and financial companies.

At the heart of John’s practice is problem solving. John listens to employers and works closely with them to identify cost effective and practical solutions that are tailored specifically to the client’s needs. John counsels employers in all aspects of employment law, including restrictive covenants, employee discipline, employment discrimination and retaliation matters, OSHA investigations, and wage and hour compliance. John is also interested in how technology is impacting the employment landscape and advises employers on the benefits and pitfalls of using new and emerging technology and helps employers adjust their workplace to comply with new laws that are just catching up to technology already in use.

John works hard to solve problems at an early stage, before they turn into litigation. However, when litigation is required, John is a tireless advocate for his clients. He has litigated cases in both state and federal court as well as administrative agencies. John has defended employers in both single plaintiff and class action cases, and is up to any challenge thrown at him.

John grew up in the southwest suburbs of Chicago and is a graduate of Marist High School (2005). While in high school, John played saxophone in marching band and performed in the Rose Bowl Parade and at the Gator Bowl. John also played guitar and saxophone in a garage band through high school and college, playing several venues in Chicago and across college campuses in the Midwest. It turns out that John is a much better lawyer than he was a musician, but he had a blast playing for so many years.

John continued his studies at the University of Illinois at Urbana-Champaign (B.A., Political Science, 2009), and the John Marshall Law School (J.D. cum laude, 2012). While at John Marshall, John was fortunate to participate in a trial advocacy program in Dublin, Ireland. The trip was life changing for a number of reasons. First, the trip was a once in a lifetime opportunity to work hand-in-hand with law students from Ireland to put on a mock trial in front of an Irish court (wigs and all). Second, it was on this trip that John met his wife, Claire, and they have been together ever since.

John most enjoys spending his free time with his wife, son, and dog (a Goldendoodle aptly named Bear). John and his family travel as much as possible, visiting family and friends across the country, particularly in his wife’s hometown of Charleston, South Carolina. John is an avid Chicago sports fan and tries to attend as many games as he can. Despite his own limitations as a musician, John still has an affinity for live music and enjoys going to concerts and musicals with family and friends.