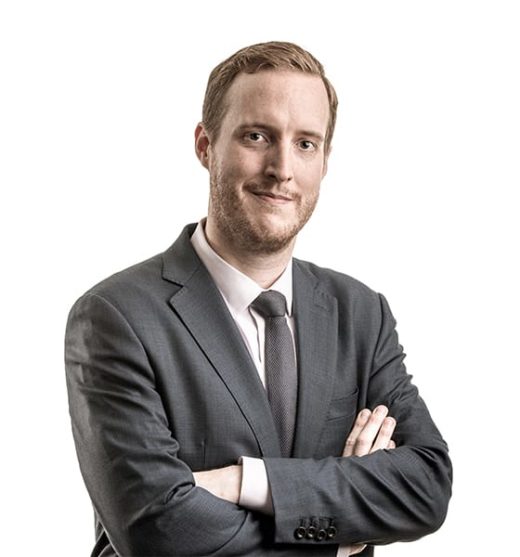 What Alec enjoys most about being a litigator is that it requires critical thinking and creativity every step of the way. He truly enjoys working with clients to find solutions to their problems, big or small, and takes satisfaction in knowing that he has helped a client in some way. In short, he loves acting as a zealous advocate.

Alec is a graduate of George Washington University (B.A. 2008) and the University of Wisconsin Law School (J.D. 2016), where he received the Deans Academic Achievement Award and an award for the highest grade in his Constitutional Law II course. While in law school, Mr. Losh was a Managing Editor of the Wisconsin Law Review and a member of the school’s Mock Trial team. Mr. Losh also served as a legal extern for the U.S. Department of Labor, as a judicial intern for Justice Anne Walsh Bradley of the Wisconsin Supreme Court, and spent a year with the Wisconsin Innocence Project working to exonerate wrongfully convicted individuals. He is admitted to the Illinois State Bar (2016), U.S. District Court for the Northern District of Illinois (2016), and the Wisconsin State Bar (2017).

Alec grew up in Chicago and Wheaton, in the Western suburbs of Chicago. When he isn’t serving his clients with dedication, he can be found exploring Chicago and its many food offerings, reading everything he can about current events, at the gym, and playing with his golden retriever, Addison. He likes to live by the following Winston Churchill saying: “I am easily satisfied with the very best.”