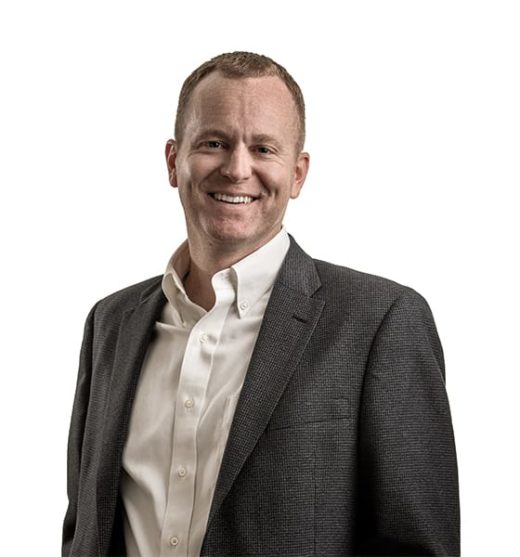 Scott M. Curran serves as Special Counsel and Social Impact Adviser for the firm. In this capacity, Scott counsels the firm and its clients on opportunities “do more good, better” by leveraging their business model and their teams to achieve greater social impact.

Scott’s work with PFS is charting new ground in incorporating the vision, experience, and expertise of a social impact consultancy into the fabric of a full service corporate law firm inspired to help its clients positively impact the world in new, specific, and measurable ways.

Scott began his legal career as an associate in PFS’s Corporate and Securities Law Practice Groups. In the fall of 2005, Scott transitioned to his position as Special Counsel to PFS as he became one of sixteen members of the inaugural class of the University of Arkansas Clinton School of Public Service in Little Rock, Arkansas, where he received a Master of Public Service degree in December 2006.

Thereafter, Scott began working in philanthropy with the Clinton Foundation, a global operating charity which, at its highest point, had over 1,400 staff and volunteers working in over 40 countries and 35 states on 14 different initiatives. While initially serving the Clinton Foundation in a program manager role, Scott eventually established and grew its legal department, rising to the role of General Counsel, which he departed in January, 2016.

During his time as General Counsel for the Clinton Foundation, Scott developed keen insight into the evolving role of the law, lawyers, and law firms in serving social impact at scale.  Having worked with more than 10 of the world’s largest law firms in support of the Foundation’s dynamic, cross-sector work, Scott’s experience equipped him with unique insight into how law firms serve clients – from the private sector to government to nonprofits – working to incorporate greater social impact work into their business models and daily operations.

Upon leaving the Clinton Foundation, Scott established and now concurrently serves as CEO of Beyond Advisers, LLC, a social impact consulting firm that connects the best advice, guidance, and tools in the world with the best ideas and efforts to change it.

Scott is also an adjunct professor at Chicago-Kent College of Law, teaching a first-of-its-kind course called “Lawyers as Social Innovators,” which Crain’s Chicago Business calls “one of the coolest class for law students.”

Scott was born in Illinois and is a graduate of the University of Illinois, Urbana-Champaign (B.A., with distinction, 1998), Chicago-Kent College of Law (J.D., with honors, 2001) and the University of Arkansas Clinton School of Public Service (M.P.S., with high distinction, 2006). Mr. Curran was a member of Chicago-Kent’s Moot Court Honor Society.